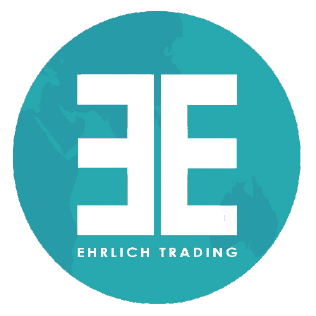 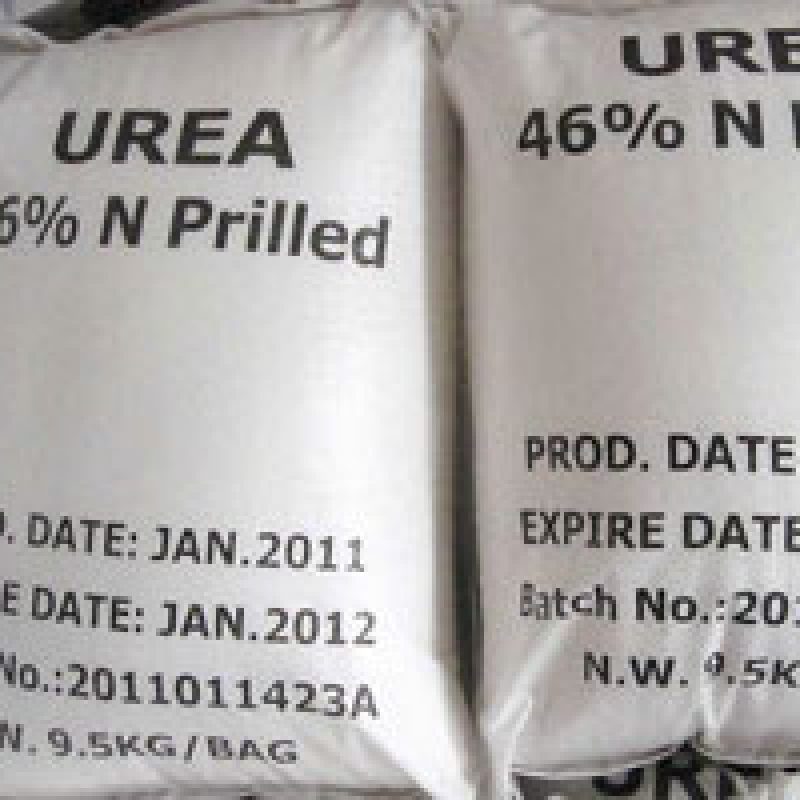 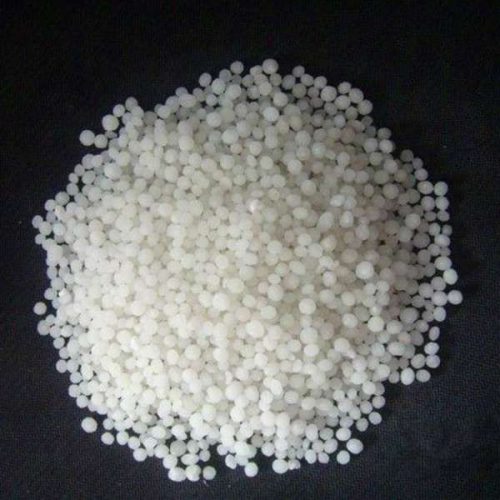 Urea, a white crystalline solid containing 46% nitrogen, is widely used in the agricultural industry as an animal feed additive and fertilizer. It is described here only as a nitrogen fertilizer.

Urea (46-0-0) typically has the lowest cost per pound of nitrogen compared to other single element nitrogen fertilizers. However, urea undergoes unique chemical changes when used in the field and can be significantly less efficient if special management practices are not followed. The purpose of this fact sheet is to briefly describe the transformation of urea and suggest how urea-N may be stored in the field when properly processed.

Fertilizer urea is available as prills or granules. In the past, the product was typically produced by dripping liquid urea from a “prill tower” while the product was dry. It formed a soft substance. Today, however, most urea is manufactured as granules. Granules are larger, harder and more resistant to moisture. As a result, granular urea has become a more suitable material for fertilizer blends.

Urea, like most commercial nitrogen fertilizers, is made from anhydrous ammonia (NH3). The high urea content – 46% N – is the main reason for the low cost of this form of nitrogen fertilizer. Transportation costs, storage and handling are all lower than low analysis fertilizers such as ammonium nitrate (34-0-0) and ammonium sulfate (21-0-0).

Advantages of Fertilizer Urea
It can be applied to the soil as a solid or solution, or to certain crops as a foliar spray. The use of urea presents little or no fire or explosion hazards. The high urea content (46% N) helps reduce handling, storage and transportation costs compared to other dry forms of N. Urea production releases few pollutants into the environment. When used properly, urea provides yield increases comparable to other forms of nitrogen. Incorporates urea for optimal use
When urea fertilizers are left on the soil surface for long periods of time in warm climates, nitrogen from urea can be lost to the atmosphere. The key to using urea most efficiently is incorporating it into the soil during tillage. It can also be mixed into the soil with irrigation water. As little as 0.25 inches of rainfall is enough to mix urea into the soil to a depth where ammonia loss does not occur.
Urea and urea-containing fertilizers, when used properly, are excellent sources of nitrogen for crop production. After application to soil, urea undergoes a chemical change to form ammonium (NH4+) ions. Soil moisture determines how quickly this transformation takes place. When the urea particles dissolve, a zone of high pH and high ammonia concentration surrounds them. This zone can become highly toxic for several hours. Seeds and seedling roots within this zone can be killed by the free ammonia formed. Fortunately, in most soils, this toxic zone is neutralized when the ammonia is converted to ammonium. increase. It usually takes only a few days for plants to utilize nitrogen effectively. Urea causes an alkaline reaction when first applied to soil, but the net effect is to cause an acidic reaction.
Urea or urea-containing materials should generally be incorporated into the soil immediately upon application. Urea-based fertilizers applied in strips should be separated from the seeds by at least 2 inches of soil. Under no circumstances should urea or urea-based fertilizers be used with corn.
10 lbs. Nitrogen as urea can usually be applied with a seed drill even under dry conditions during sowing.